Readers! Follow the links below to find exciting new books to read. Writers! Are your books listed at these sites? Yes? Yay! No? Why not? Everybody! Visit The Brassbright Chronicle, Lori’s author site. It’s full of freebies, book info, and fun surprises.

…. is no longer the question.  Today, I bid farewell to my beloved Hewlett Packard 6P printer, which I purchased at work when I was hired here, in 1997.  Even THEN she was a soon-to-be-discontinued model, circa 1996.  In all these years, we’ve been together, and my 6P has never once needed any sort of service at all. I just fed her a new cartridge now and then and all was well. 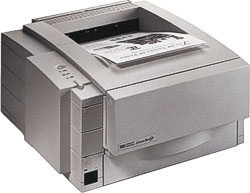 But recently, she stopped pulling paper from the tray -I think her poor little rollers had just pulled through so many thousands of pages that they got tired.

I had hoped we’d begin and end our university careers together, but I’ve still got 5 years to go, and well, SixPee just wouldn’t be able to walk into the light with me. I said my farewells as they put her on the cart (I’m feeling better! Think I’ll go for a walk!) but refrained from hugging her due to my co-workers already thinking I’m weird.